skip to main | skip to sidebar

After a postponement or two we finally got the Chili Closer in on Saturday.  18 brave souls headed out to not let the season end.  We just keep hoping for "one more round" ..and so far it has worked.
After playing the old nine at "the dog" we pigged out on Chili some of the members brought in, mac and cheese and Mexican I made (I call it cleaning out the fridge/freezer specials) and some other delights that  Diane S. made. (she's such a big help!)  Thanks girlfriend, YOU ROCK!  We voted on the best dish, and Timmy S. took honors for his winning Chili. (although we suspect the ballot box might have been stuffed?!) Oy!   Good job Tim...keep on cooking!
After awards were passed out, nine went out for nine more. Yikes...I guess at that point of being cold you might as well keep going?! "one more round"!
After that a few of us hung out and played some cards while Therese cleaned up.  I lost yet again, but I'll try to make it up this afternoon.
11 of the fivers are out on the links this chilly morning as I sit here and post.  Once their done,  some of us will hang, watch some football and pass around the bicycle Jumbos.
That's Sunday in my small corner of the world.
Hope yours is a great Sunday also.
Hope to see you soon.

Last week looked like winter had descended on the Richfield Valley and would keep it under a blanket of white until spring. But, this weekend's rain has given hope to playing one more round before the shopping begins on Black Friday.
Bring your waders! 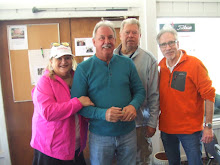 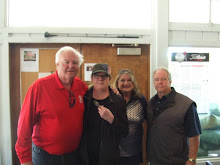 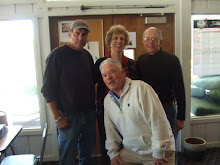 I took this photo in Hawaii. I thought it was cool.